All the info on the history of our company at a glance. 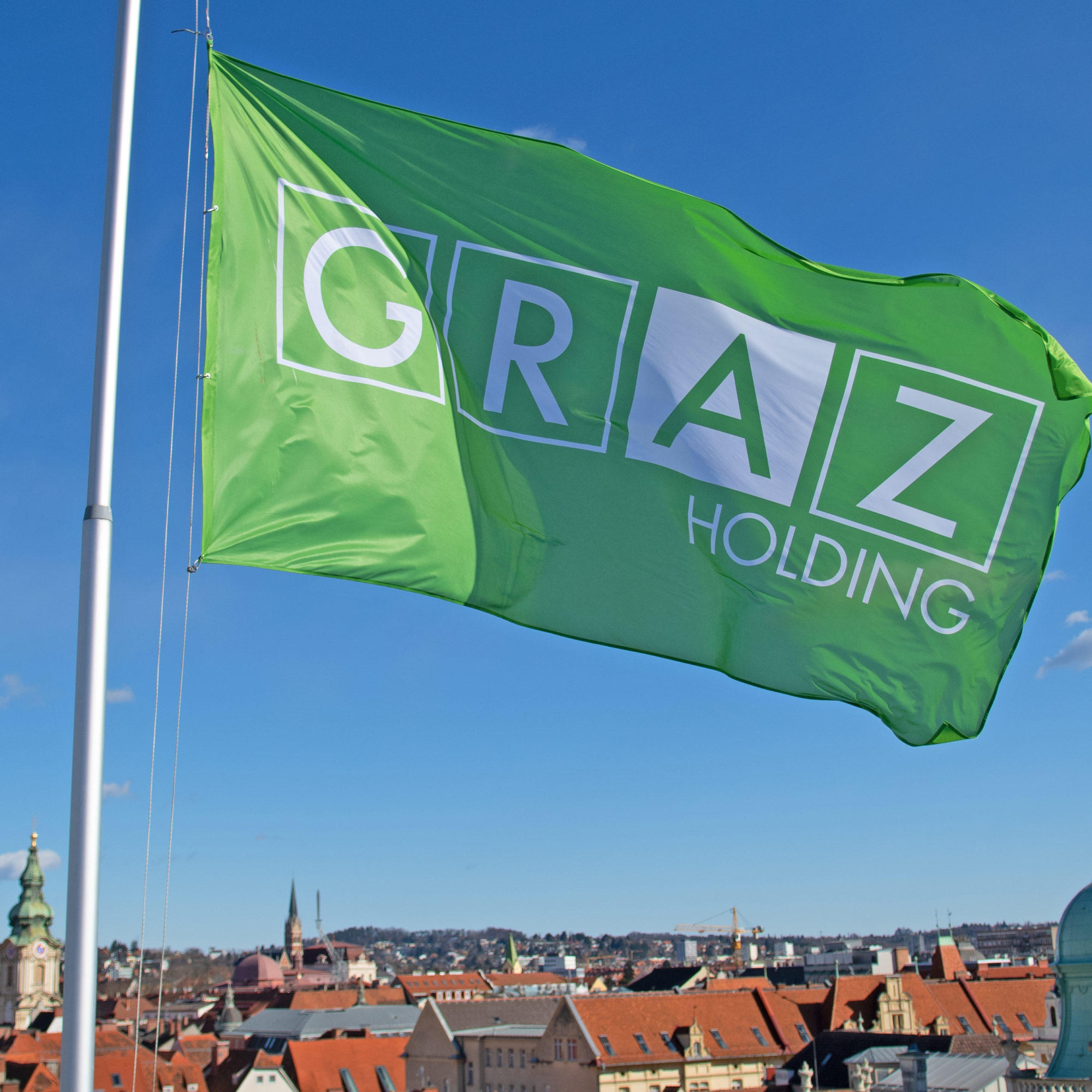 From municipal utilities to holding:

Grazer Stadtwerke AG was established in 1960 with the divisions “Traffic operations”, “Electricity”, “Gas”, “District Heating” and “Water”. With that, the foundation was laid for a municipal service company whose organisational form under company law had to meet the demand and local transport requirements of a growing city.

With the integration of the divisions “Bestattung”, “Sport, Leisure Facilities and Food Service Outlets”, “Ankünder” and “Citycom”, the company developed into a point of contact for virtually all important areas of life. The liberalisation of the electricity and natural gas market in the years 2001/02 demanded a strategic realignment: The energy departments were split off into Energie Graz GmbH. Graz airport has supplemented the transport division around Holding Graz since 2004.

As a result of the amendments to the articles of association and the change of the name of Grazer Stadtwerke AG into GRAZ AG, the strategic alignment as a municipal holding for municipal services and private sector activities was initiated. Since 30.10.2010, the company has operated under the name Holding Graz – Kommunale Dienstleistungen GmbH.

At the end of 2010, the reform project “Haus Graz” which the management of Holding Graz had played a major part in designing, plus the associated transfer of the divisions of waste water and economic enterprises into the newly established Holding Graz, was implemented. The latter now operates all private sector services of the city under one roof. Holding Graz is thus making a fundamental contribution to the budgetary course of consolidation that the city of Graz has taken.

Holding Graz has its registered office in Graz. The city of Graz holds a 99.84 per cent stake and GBG Gebäude- und Baumanagement Graz GmbH has a 0.16 per cent stake in the company.