HomeArchive by Category "Holding"Airport: Looking towards the summer with optimism

The Covid-19 pandemic has led to a substantial fall in passenger numbers at Graz airport too. With just under 200,000 airline passengers, a decline of 81 per cent was recorded. The fall in cargo was moderate, at 14.5 per cent.

The coronavirus pandemic is having lasting negative effects on the entire aviation and travel sector and thus of course also on Graz airport. After 2019, the best year in its history, the airport was prepared for further growth. Flights started to be cancelled in the first half of March and the resulting lockdown led to around three months without any normal scheduled or charter services at Graz airport; as a result, expectations had to be revised considerably downwards.

City councillor responsible for shareholdings Dr. Günter Riegler on this: “With the takeover of the airport shares held by the federal government and the province of Styria in 2004, the airport has developed into an economic success story for the city of Graz. With in places more than 1 million passengers per year in the charter and scheduled flights sector, Graz has developed into a hub for air passengers from all over southern Austria and from as far away as Slovenia and Croatia.

The economic importance of the airport for the city of Graz is also shown in the more than EUR 85 million that have flowed into the city's budget since 2004.

DI (Graduate engineer) Wolfgang Malik, CEO of Holding Graz on the record: “Since the takeover of the company in 2004, we have together with the management developed Graz airport into a model company in the city of Graz and an important hub for the export-oriented Styrian economy. The global effects of the coronavirus crisis have had a huge impact on airports around the world and thus abruptly interrupted the strong development of the Styrian gateway to the world. For years, charter flights, scheduled passengers and the general aviation sector have ensured passenger records in Graz for years; in 2019, we posted the best result ever in the airport’s history.

The passenger numbers due to coronavirus in 2020 were last reached by the airport just under 35 years ago. For a recovery process, Holding via a request for proposals found a good blend of know-how in the city of Graz and new international airline experience: With Wolfgang Grimus, a manager with outstanding international connections and with Jürgen Löschnig an experienced financial manager of Holding Graz with 9 years of experience as the managing direct of Graz airport have been recruited.

Mag. Jürgen Löschnig, one of the two new managing directors of Graz airport adds: “At Graz airport, there was a comprehensive and immediate response under the leadership of Mag. Gerhard Widmann in close consultation with the owner Holding Graz and the city of Graz: All employees moved to short-time working and the opening hours of the airport were adapted to the respective current situation in order to also save personnel costs here. However, as a base for the Austrian Automobile, Motorcycle and Touring Club (ÖAMTC) and the Federal Ministry of the Interior (BMI, flight location), Graz airport was never closed which meant that it was possible to continue to offer private and business flights; other partner companies at the airport also continued their operations.

Investments and other costs were reduced to the absolute minimum, which meant that jobs could be secured and the effects on the airport cushioned relatively well overall.

Vienna and Amsterdam as hubs:

Work was already underway during the lockdown phase to ensure flight operations could be resumed as soon as possible. On 22 June, Austrian Airlines commenced scheduled flights to Vienna again. This was followed by other important links to European hubs and business destinations in the form of Frankfurt, Amsterdam, Düsseldorf and Stuttgart which were upheld for as long as possible. Holiday flights, e.g. to Santorin, Brac or Rhodes were also resumed and well received.

Although the recent lockdowns and the associated travel restrictions have resulted in a reduction in flights again, air passengers departing from Graz currently have numerous travel options with the scheduled flights via the two important hubs of Vienna and Amsterdam.

Particularly in difficult times it is important that the airport starts to develop positively again with a clear strategy for the future.

Good prospects for the summer business:

From today’s perspective, the various tour operators are planning a varied summer flight programme for 2021. Around 15 charter chains to attractive beach destinations are planned from Graz. The flight destinations also include three new destinations, the Greek islands of Naxos, Karpathos and Zakynthos. Popular holiday destinations such as Brac, Mallorca, Rhodes or Antalya are also available to choose from again. In addition, interesting individual flights e.g. Paphos, Funchal and Naples are also being offered.

Wolfgang Grimus, new managing director of Graz airport: “In close coordination with our airline partners, we are assuming that at least a large part of the scheduled links which have been offered to date and are important for the regional economy and tourism such as Vienna, Frankfurt, Munich, Stuttgart, Düsseldorf, Zurich and Amsterdam will be served.”

Comprehensive vaccination and test strategies of numerous governments and the confident plans of the airlines and tour operators lead us to assume a gradual improvement in the situation and thus a higher travel volume, particularly from the second half of 2021 onwards. 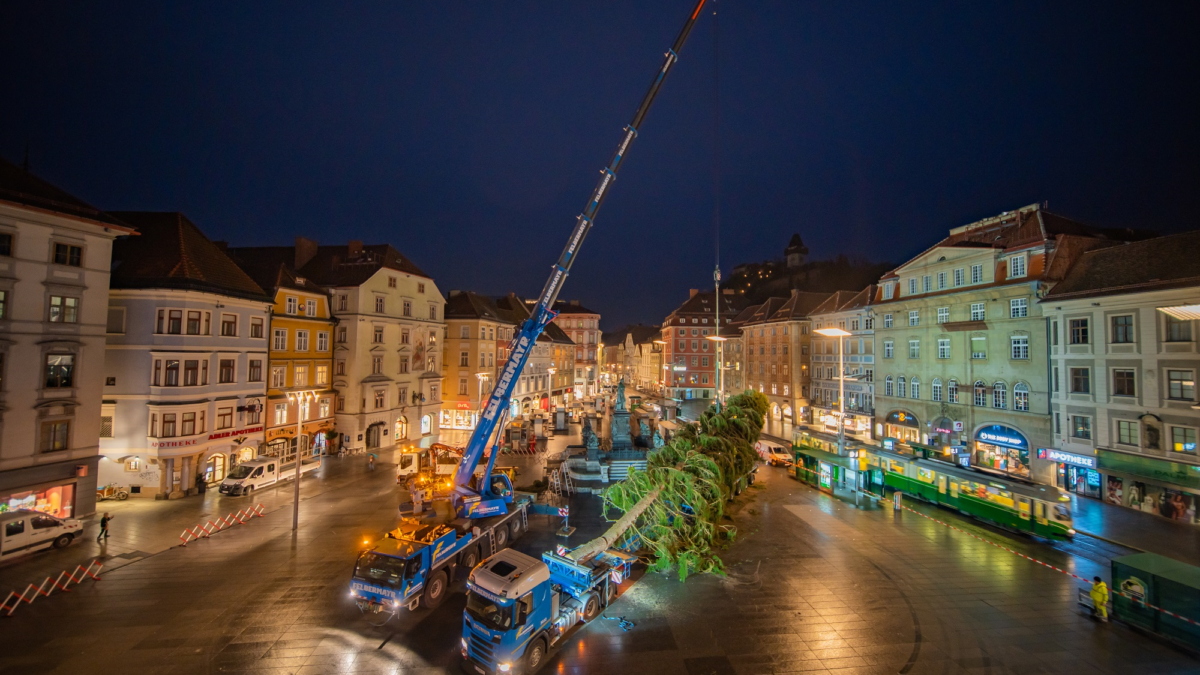